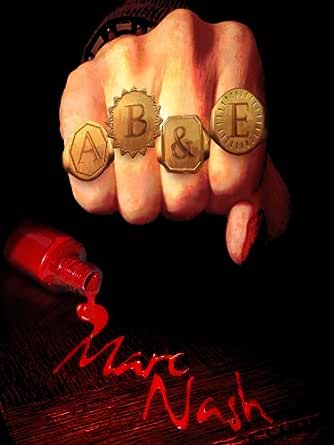 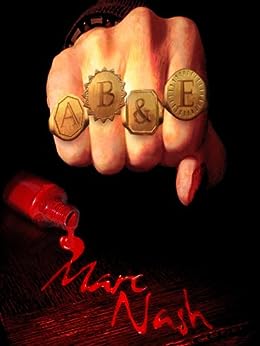 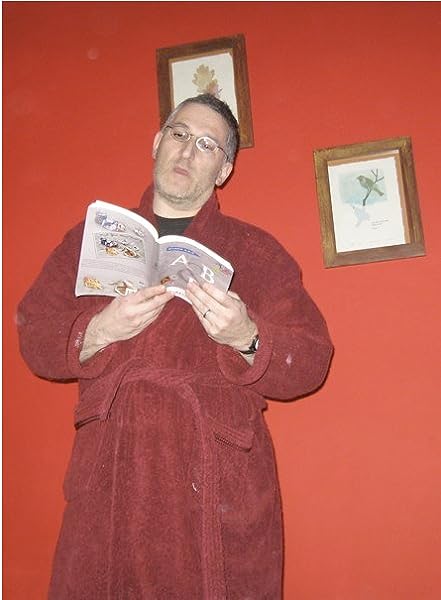 Eva Hnizdo
4.0 out of 5 stars Unusual, a bit of hard work to read, but that hard work is well worth it!
25 November 2014
Format: Kindle EditionVerified Purchase
This is unusual and quirky probably like the man himself. The vocabulary is amazing, the power of creating unusual sentences, descriptions.
You need to concentrate to follow, Marc's prose is a bit like poetry. It sometimes only make sense like surrealists paintings do- when you suspend your normal boring common sense brain activity. I liked it.

Hawksword
4.0 out of 5 stars A literary cocktail of words and images.
27 September 2013
Format: Kindle Edition
This is a challenging read. Written in the first person, it reads like a one sided conversation...following the two thought paths of Karen Dash as she describes and justifies her life in exile, and of a seemingly unrelated NHS nurse back in London. The two are connected - but you'll have to read the book to find out how (Spoilers are not my style!). The story is a series of episodes in the two women's lives. Some in the past, some current. I have to admit I did not immediately warm to either of the characters. Karen is an intelligent woman who seems to have allowed herself to be manipulated by circumstance into a life that brought her little joy, while the nurse shows so little empathy for those in her care that I in turn could not care for her. However, the story for me seems less important than the language and word play. It is the vessel in which the author stirs the ingredients of his literary cocktail (if I had even a fluid ounce of his skill I would have come up with a suitable double-entendre name for the resulting heady mix!). Marc Nash is a master word player. He claims not to be a poet but, for me his writing has more in common with poetry than it has with narrative fiction. Words dance across the pages - sometimes to music that is lyrical and symphonic, at other times clashing and jarring - almost painful to read. He twists the meaning of words and phrases, making familiar words unfamiliar, surprising the reader with the juxtaposition of words, creating imagery that shocks, forcing us to reconsider the language we have grown up with. You may need a dictionary as your constant companion as you read this book.
If you want a quick read that fits snugly into a recognised genre and makes no demands on your grey cells then this is not the book for you. If however, you are looking for something different and challenging, if you relish a book that requires some effort in the reading then this could just be the one!

Paul Fenton
5.0 out of 5 stars (experi)Mental English in Greece
31 December 2011
Format: Kindle Edition
Words. I thought I knew a lot of them, but it seems I was wrong. After reading A B & E by Marc Nash, I feel like a chimp who's been taught to screech out a few word-like sounds, or maybe a defrosted caveman educated by Katie Price. Not sure which is worse.

I'm not just talking about volume of vocabulary employed, but the arrangement. The associations, the twists of meaning against itself and back again, as a reader you can't help but admire the artistry in the design. A B & E, though only a short novel (184 pages in paperback), took me a rather long time to read, because it's dense. Rich. Every word demands your focus, every play on words requires your comprehension ... and thank Jebus for the built-in dictionary function in the Kindle, because without that I'd still be scratching my head at irruption, lordotic and mondegreened (though to honest, even the Kindle dictionary struggled with mondegreened, and I had to hit up Wikipedia). The pressure to review such a bold, skilled experimental novel, it's kind of daunting.

The protagonist is Karen Dash (an alias), a gangster's moll hiding out in Corfu away from the vengeful eye of her criminal husband. She'd cheated on Damon with his chauffeur, and for her the penalty is Grecian exile.
Karen tells her story to listener or listeners unseen (though that becomes clearer later on) in a first-person monologue. The storytelling seems to take place almost exclusively in bars, with trays of cocktails always at hand to help out - between the chapters are cocktail recipes, perhaps put there to aid the person wanting a more empathetic reading experience.

My incipient low culture-itis reared its virulent head early on in the book, and I found myself picturing Karen as more perverse and intellectual Samantha Jones from Sex and the City, a forty-something cougar with a cosmopolitan in one hand and a young man's pride and joy in the other. Her tale moves between past and present, from how she met Damon and came to cheat on him, to her nights of drinking and seduction, a short cycle which seems to repeat itself almost endlessly.

There's a subplot with a secondary protagonist running alongside Karen's tale of decadent woe, a hospital nurse in the UK. The connection between the two isn't obvious, but there is a pleasing twist which makes having followed her progress worthwhile.

I found the early chapters more challenging than the latter. I'm not sure if that's because of the sometimes obscure Greek mythology references in the first half (though I do like my Greek mythology), or if I was simply getting into the groove of Nash's style. Here is a writer who seems to have no fear of ignoring literary conventions and the predictable requirements of mainstream fiction. Nash writes with an emphasis on the writing. If you're after a James Patterson style page-turner, you might want to look elsewhere. If you're after the latest addition to the Twilight saga, why are you even here? If, however, you appreciate exquisite writing which demonstrates with great flexibility just what this English language of ours is capable of, then I would have no hesitation in recommending A B & E to you.