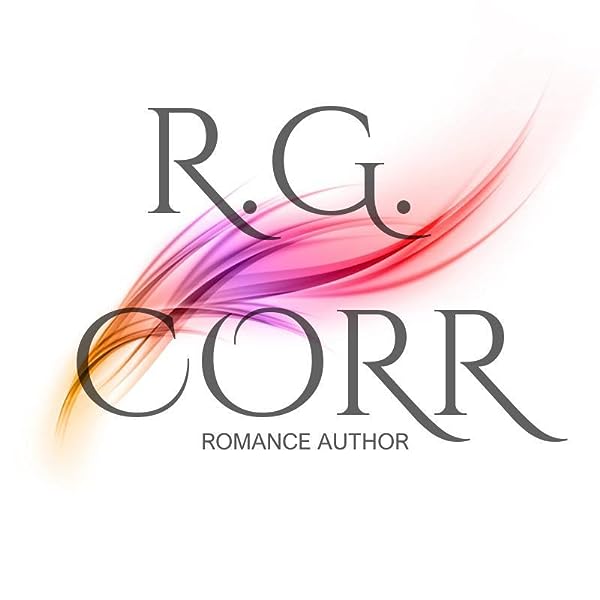 by R. G. Corr (Author), Claire Allmendinger (Editor), Francessca Webster (Illustrator) & 0 more
4.6 out of 5 stars 37 ratings
Book 1 of 1 in the Haywater Series
See all formats and editions Hide other formats and editions
FREE delivery: Tuesday, Nov 3 on your first eligible order to UK or Ireland.

Fastest delivery: Saturday, Oct 31
Order within 5 hrs 19 mins Details
Note: This item is eligible for click and collect. Details
Pick up your parcel at a time and place that suits you. How to order to an Amazon Pickup Location? Learn more
Read more Read less
click to open popover

Start reading Autumn's Rise (Haywater Book 1) on your Kindle in under a minute.

R.G. Corr is a mum of three, who loves to read almost as much as she does to write. When she’s not working or writing, you’ll find her nose deep in her kindle swooning over her latest book boyfriend. Having had an overactive imagination for many years, a discussion in a soft play area, amidst the noise and mayhem of toddlers, finally convinced her to put pen to paper and write her first novel.

4.6 out of 5 stars
4.6 out of 5
37 global ratings
How are ratings calculated?
To calculate the overall star rating and percentage breakdown by star, we don’t use a simple average. Instead, our system considers things like how recent a review is and if the reviewer bought the item on Amazon. It also analyses reviews to verify trustworthiness.
Top reviews

Kindle Customer lou_lou17
3.0 out of 5 stars Hmm
Reviewed in the United Kingdom on 23 February 2019
Verified Purchase
Ok where to start?. So this book is a bit of a mixed bag for me, hence the 3 stars. I don't quite see how everyone's rating it at a top scale so much, but each to their own.
We have autumn who has been through some crap which is a bit of a mystery the first few chapters of the book, same goes for zed, i can't quite figure out how it managed to suck me in but also be a bit slow going the first almost 50percent because on reflection, all that was spoken of was autumns beauty and behaviour like it was a siren calling. Now, i like a good analogy, metaphor, the odd lovely lone even if it's cheesy but it got to a point where I was rolling my eyes because everything started to become so dramatacised in terms of their verbal communications I almost got confused. Il tell you why since that clearly don't make a lot of sense. For all the 'ive started a new life it's freeing' talk that autumn has, all she ever really does is drone on about how she absolutely can't let anyone In and how she is so broken, then the next minute talking about how far she's come and how she isn't scared of Brent anymore and she will not be afraid. It just got a little.... warrior speechy for me, every talk with another character was a locquocious declaration of psycho analogy with each other. Because let's be real, these are like 20 year olds who claim to all see each other's pain and give a hearty speech about it every conversation? Just. No. It doesn't happen and it makes the whole individuality of the characters seem contrived and unrealistic which put me off a bit. There was also a random use of exclamation marks which really got on my wick because they seemed to be placed in normal sentences and changed the way I assumed the tone to be. Also the Brent thing was far fetched, as if he actually had any power to act like that, yes she might of been scared of him etc but on the whole, it was stretched and because of that along with zeds reactions to things, it boarded on ridiculous because you could see the author was pulling at all angles for angst which somehow rendered it less heart breaking then you might assume. It seemed only a few days had passed and all of a sudden they are claiming to be falling for the other bearing in mind they've had one date and a quite the angst along the way, I'm not a cynic, I'm all for instant attractions and connections, but it quickly got cheesy and didnt match their supposed characters, i know stuff like that grows but I don't feel the author did a good job of portraying that, in fact I think it came across as they loved each other's pain. I actually stopped reading at 89 percent which is unusual for me because if it's that far, i might as well See it through, but in all honesty I was sick of the internal and external monologues that were quite repetitive. However judging by the other reviews people loved it, and it is an intriguing read to a point. These are just my personal opinions and observations. It's a shame because I'd like to know about reid and bea but I'm not setting myself up for failure with that one. Also, I'm a bit scared considering he apparently loved her cousin and she's with dex now, i can see that one being all hella angsty and getting me mad

Sharon B
3.0 out of 5 stars Enjoyable
Reviewed in the United Kingdom on 4 November 2019
Verified Purchase
I liked the story overall, but I wasn't drawn into the characters to the extent that I could 'feel' the emotions. The story for off to a great start and I was immediately intrigued as to Autumn's situation, and How she's got to the point where she felt the need to leave her family home. I wonder if I'd known more of Autumn's background earlier in the story perhaps I would have understood her closed off nature better and been able to connect more to get character. Zed also had his own issues, and secrets. I liked the background characters, so I'll continue reading the series.
Read more
Helpful
Comment Report abuse

n young
4.0 out of 5 stars What a fab read!
Reviewed in the United Kingdom on 13 April 2019
Verified Purchase
This was my second read by this author and it yet again drew me in and didmt want me to stop until the very last words.
Different story.. great characters.. and boy what an amount of emotions all thrown into one fab book!
Autumn leaves home after going through some heartbreak and never wants to live that side of her life again.... shes lost but with the help of 2 friends she is starting to live again.
Zed is roaming around with friend Reid after suffering from his own heartbreak.. he blames himself for a traumatic loss when he bumps into Autumn one night and feels things he thinks he shouldnt.
This was not an easy journey for these characters... there was loss sadness and alot of truths that they had to overcome.
Cant wait to jump into Reids story next.

Literary Lust
5.0 out of 5 stars A beautifully written story of hope, strength, sadness and learning to live rather than merely existing.
Reviewed in the United Kingdom on 1 March 2016
Verified Purchase
Where to start with the abundance of emotions this book threw at me?

I’ll start with Autumn, she is one hell of a survivor. This girl has been through so much in her life and just when you think you’ve learned the worst of it there’s something else. It would be very easy for Autumn to be moody and all ‘woe is me’ given her circumstances but its refreshing to see a hard done by heroine who is actually a lot of fun. Yes she has her moments and it’s clear from the outset she doesn’t really live her life but she is still a loveable and relatable character.

Then we meet Zed, *fans oneself* he certainly turns the heat up, and on a scale of one to swoon worthy he’s off the scale! He has a huge weight on his shoulders and his own issues to overcome and although he’s been a bit of a player in the past it’s nothing more than usual. This may seem like a typical player meets good girl story but it’s so much more than that. This is a story of fate and of putting others before yourself, a story of redemption and of life’s happenings not defining us, what’s meant to be will be. It’s a story of hope as well as one of sadness.

Despite the deep twists and secrets within this book we get lots of funny moments usually from Reid (Zed’s best friend) I think I actually fell in love with him! There is light relief within the banter between Autumn and Zed and the friendship Autumn, Bea and Jack share. As much as I wiped at my eyes to hold back the tears I also had to stifle the laughs- just wait until Reid mentions his ‘bald headed yoghurt slinger’.

This was a beautifully written book, the attention to detail was perfect it really made me feel like I was living the story rather than just reading it. I became totally invested in Autumn’s well being so much so that I didn’t want the story to end. The only plus point to finishing this book is that I’m ready for book two! R.G. Corr did an excellent job of leaving me with a desire to delve into Bea and Reid’s world, the way she weaved them into our hearts left me eager to discover their story.

If this is what R.G. Corr produces as a debut I can’t wait to see what else she has in store for us…No pressure!
Read more
Helpful
Comment Report abuse

laurabarnardauthor
5.0 out of 5 stars WOW
Reviewed in the United Kingdom on 26 June 2017
Verified Purchase
WOW!! Was recommended this book by so many people so finally thought I'd give it a chance. I didn't expect to completely fall in love with it but I did. The characters are so well written, I felt as if I was there with them. There were so many twists and turns about both of their pasts, I got so seriously invested in their lives and was desperate for them to get together. I found myself in tears at one point. One of those books where you just feel so happy and contented by the end. I really can't recommend it enough!
Read more
Helpful
Comment Report abuse
See all reviews
Unlimited One-Day Delivery and more
Prime members enjoy fast & free shipping, unlimited streaming of movies and TV shows with Prime Video and many more exclusive benefits.
> Get Started