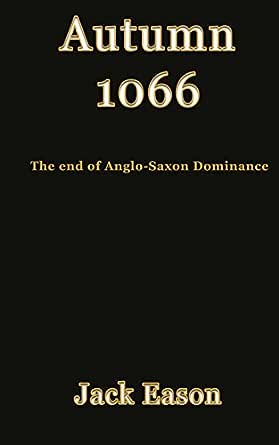 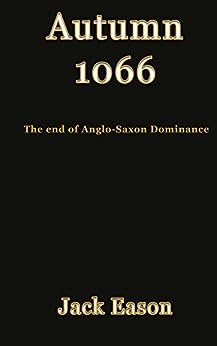 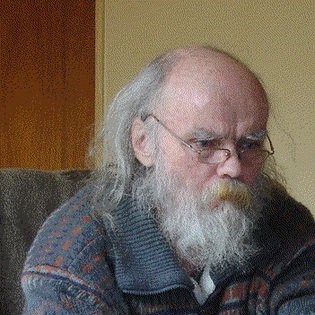 4.2 out of 5 stars
4.2 out of 5
13 customer ratings
How does Amazon calculate star ratings?
Amazon calculates a product’s star ratings based on a machine learned model instead of a raw data average. The model takes into account factors including the age of a rating, whether the ratings are from verified purchasers, and factors that establish reviewer trustworthiness.
Top Reviews

R J DOCKETT
5.0 out of 5 stars A well researched and very entertaining glimpse on a pivotal moment in history.
Reviewed in the United Kingdom on 7 September 2019
Verified Purchase
Jack Eason has woven a short but compelling tale around the events leading up to the Battle of Hastings, the end of the Saxon times in England. It’s a story of ordinary folk, as well as the rulers of the land, and how the decisions they made shaped the times. Full of well-researched detail, the vivid picture he paints puts you in the centre of the action. Recommended reading for anyone interested in the events of 1066
Read more
One person found this helpful
Helpful
Comment Report abuse

Vivienne Sang
2.0 out of 5 stars A disappointing novel
Reviewed in the United Kingdom on 15 January 2020
Verified Purchase
To me, this book read more like a history book than the novel it was portrayed to be. Yes, there were fictional characters, but little was made of them. I did not feel the chaos and terror of a battle when it came to the actual fight.
The characters on the few times we met them, were flat and did not develop.
The book was not difficult to read, though, but it was much shorter than I thought it would be. It would have been much better if the author had spent more time on describing how the men and boys fighting the battle had felt. rather than just giving us facts.
Read more
Helpful
Comment Report abuse

Chris Graham
5.0 out of 5 stars Excellent well paced read.
Reviewed in the United Kingdom on 30 June 2017
Verified Purchase
In this version of the lead up to the Battle of Hastings, the reader joins footsoldier Aldred and his Archer nephew, Cynric, waking from an uncomfortable nights sleep beside Ermine Street (the old Roman road) that runs through the Fenlands in the northern part of Cambridgeshire.
They, King Harold, the King's brothers, and the rest of the Anglo-Saxon Fyrd (Army) are on their way to meet and do battle with, the Norwegian King, Harald Sigurdsson.
The author, Jack Eason, has done his research well and intersperses known historical facts into his story.
It certainly made history come alive for me.
Read more
2 people found this helpful
Helpful
Comment Report abuse

Bob Van Laerhoven - Belgian novelist
5.0 out of 5 stars Outstanding equilibrium between a passionate story and historical facts
Reviewed in the United Kingdom on 6 July 2017
Verified Purchase
As a Fleming, I knew that my knowledge of Britain’s entry into the Middle Ages was sketchy before I started reading Jack Eason’s Autumn 1066, but, after having read his novella, I must admit that it was also based on clichés and vague concepts. Autumn 1066 remedied this thoroughly. Eason has the gift of condensing and presenting historical facts in such a way that, although manifold and thoroughly researched, they hinder in no way the suspense of his war-story. Eason paints a clear portrait of the growing tensions between various factions competing for the throne, and the leaders of various armies, but also of the common soldiers, ordinary men who were forced to fight the wars of the nobility. For his vivid, and shocking, description of the battlefields, Eason focuses on two such ordinary warriors, Aldred and Cynric. When he describes the man-to-man fights and the deadly swarms of arrows, the reader can actually feel the fear and the agony of the warriors. In spite of the extensive historical background, Eason’s cast of characters, high and low, doesn’t degrade into stereotypes. They remain people like you and me, tackling life as best as they can when they are poor, and victims of greed and the overwhelming desire for power when they are rich. Writing historical fiction is all about keeping equilibrium between a passionate story and historical facts. Jack Eason has done that remarkably well.
Read more
One person found this helpful
Helpful
Comment Report abuse

Robbie Cheadle
5.0 out of 5 stars A fascinating look at this period of history
Reviewed in the United Kingdom on 22 June 2020
I am a huge fan of British history and Mr Eason has done a terrific job of sharing the history surrounding the defeat of the last of the Anglo Saxon kings and the start of the Norman period of rule in an interesting and entertaining way.

The book starts with King Harold's men marching to do battle with Harald, the Norwegian King, who had arrived in Scotland ready to do battle for the English crown. Harald is aware that William of Normandy is also preparing for battle against him. The descriptions of the terrible circumstances of the Anglo-Saxon Fyrd are detailed and fascinating. I wondered how the soldiers were able to fight after spending days marching in such miserably cold conditions.

This book is well researched and highlights the politics and uncertainties of the day. It is reminiscent of Shakespeare's works with its allegiances, intrigues and collaborations between friends and foes. I must admit it made me rethink my own anxieties which don't extend to having a new king thrust upon me following a disastrous battle. The cruelty and harshness of punishments are eye opening and shocking and Mr Eason has included the good, the bad and the ugly of battle during this time.

I highly recommend this novella to people who are interested in history or just a jolly good battle and its consequences.
Read more
Helpful
Comment Report abuse
See all reviews from the United Kingdom

Christine Robinson
5.0 out of 5 stars Autumn 1066, a compelling historical fiction novella
Reviewed in the United States on 29 June 2017
Verified Purchase
Before I read Jack Eason’s historical fiction novella, Autumn 1066, I knew nothing about Britain’s entry into the Middle Ages. I had no idea there was an end of Anglo-Saxon dominance. My interest centered on other well-known war histories. All of that changed reading the first pages of Autumn 1066. His introduction to two warriors, Aldred and Cynric brought the story to realistic life. Eason’s description of various army leaders in fierce competition for the throne set up the background for why the battles took place. The intrigue and intertwining of the characters relationships and motives to win kept my interest. Eason moved the story along with vivid descriptions of hand-to-hand combat, volley of arrows raining down, and shield walls set up and broken. One clever leader borrowed the Roman tactic of the armored Turtle formation that made the warriors invulnerable to anything hurled at them as they marched uphill into battle. Jack Eason kept a good balance between historical facts and a compelling story, well worth the read.
Read more
2 people found this helpful
Helpful
Sending feedback...
Thank you for your feedback.
Sorry, we failed to record your vote. Please try again
Report abuse

Thomas D
3.0 out of 5 stars Very Short
Reviewed in the United States on 26 July 2017
Verified Purchase
The book would make a great chapter in a more exhaustive work.
Read more
Helpful
Sending feedback...
Thank you for your feedback.
Sorry, we failed to record your vote. Please try again
Report abuse