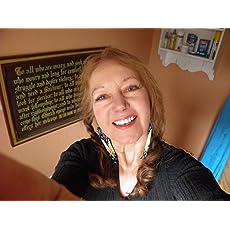 Follow to get new release updates, special offers (including promotional offers), and improved recommendations.
Arabella was born and educated in London, then worked in London Libraries before moving to Kent, where she was able to concentrate on writing full time. 'I was incredibly lucky to be able to work from home, as I had a young, pre-school age daughter, and equally lucky to be signed up with Michael Sissons at what then was AD Peters. My novels were sold to France and the USA as well as the UK, and serialised by WOMAN'S DAY in Australia.'
After writing three novels which were published by Transworld, Arabella took time out to work in Northern Ireland at Glenarm Castle, ancestral home of the McDonnells. 'Ireland is a beautiful, magical place, and I loved my time there, and we had many interesting visitors among our weekend guests. Coincidentally, one of these was the actor Julian Glover and his wife Isla Blair; coincidental, because Julian is the Patron of the re-enactment society I later joined.'
While researching and writing her next novel, THE DEVIL'S PICTURE BOOK, Arabella contributed to the Levens Local History Project, a short biography of her great-grandfather, the Liberal politican John Henry Bethell, one of her passions being family history.
Arabella comes from a family of diverse nationalities and talents: her mother, a singer and dancer, was a neice of the 1930's musician and bandleader, Bram Martin, and fourth cousin of the American stage actor and theatrical impressario, David Belasco. 'While I was writing SINS OF THE MOTHER, which was set in turn of 20th century New York, I had no idea about the family connection to Belasco; my editor at Bantam would have been amused. But we seem to have migrated from all over the place - Prussia, Glasgow, France; I guess I'm something of a hybrid. Perhaps ironical that my home is now in Canterbury: in the 17th century the Heudebourghs from Paris fled here to escape religious persecution, and married in the cathedral, before moving on to London. I've done the opposite.' 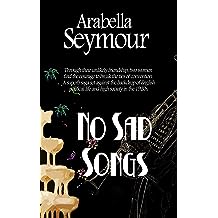 No Sad Songs 20-Sep-2015
by Arabella Seymour
( 1 )
£3.99
Ambition, power and wealth are the creed of the aristocratic Osborne Family. The daughters of the ruthless Lady Cultrane, matriarch of the Osbornes, are expected to sacrifice everything and enter into loveless marriages to further the political ambitions of their parents. Elizabeth is married to William Banbury who is older than her father and Frances to Lord Rosslare who prefers the company of his assistant, Driekhorn whom Frances despises. Affairs, adultery and scandalous behaviour are acceptable as long as they are kept discreet and never become public to tarnish the name of the Family.

But Elizabeth and Frances have designs of their own. Elizabeth’s friendship with Eddie Vaux spirals out of control. Frances finds she cannot forget the love of her life, Kit, a jazz musician and brother of her dearest friend, Laura Asmussen, who is herself locked within the confines of a stifling marriage.

All the carefully laid plans start unravelling to disastrous consequences for the Family and both daughters, but the friendship between Frances and Laura gives them the courage and strength to survive and find happiness in the end.
Read more 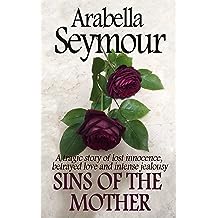 Sins of the Mother 20-Sep-2015
by Arabella Seymour
( 4 )
£2.99
Mariana had every luxury befitting the only daughter of millionaire parents. But she was denied love, warmth, and affection throughout her upbringing. She was a huge disappointment to her father, Frederick H Easbridge III, who wanted a son and resented her very existence.

She comes of age and has access to her Trust Fund. She starts to rebel against the strict social codes of 1890s Manhattan. She walks out and is disowned by her parents when she falls in love and marries a struggling young actor. For Curt Koenig, having a wife with the Eastbridge name, Broadway opens to him and his rapid success beckons him to Hollywood and against the wishes of his wife.

Yet right from the beginning, Mariana struggles with what is expected of her and on her first night of marriage she is unable to shake off what her cold and unrelenting parents had drummed into her. Unwittingly, she treats her children just as her parents treated her and as Curt goes from success to success, Mariana fights against her growing jealousy and the breakdown of her marriage until finally even she is unable to prevent the disastrous consequences of her actions.
Read more
Other Formats: Hardcover , Paperback 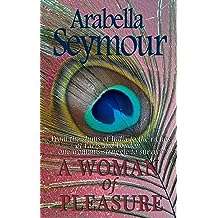 A Woman of Pleasure 20-Sep-2015
by Arabella Seymour
( 5 )
£2.99
Naseema Khan grew up in poverty in an English mission in India. Never knowing the identity of her father and too young to understand the taunts of strangers, she did not realise she was shunned because of the colour of her skin.

When her bitter mother intends to sell her to an old moneylender as his wife, she uses her wits to escape and begins a journey that takes her from Delhi to Paris. She begins to realise the extent of the power her burgeoning and exotic beauty has on those around her. In Paris, she falls in love with the war-weary Duncan Gerard but circumstances conspire against the lovers and Duncan is forced to return to his life in England, leaving Naseema alone with the legacy of their love.

With her dwindling resources, dejected and alone, she catches the eye of Louise Despard, a sophisticated Parisienne who takes Naseema under her wing. She introduces Naseema to a new way of life that will complete her metamorphosis into the toast of Paris and London society: a mysterious and tantalizing woman every man will desire. Yet together with Despard, now her closest friend, there is so much more to be accomplished.
Read more
Other Formats: Hardcover , Paperback