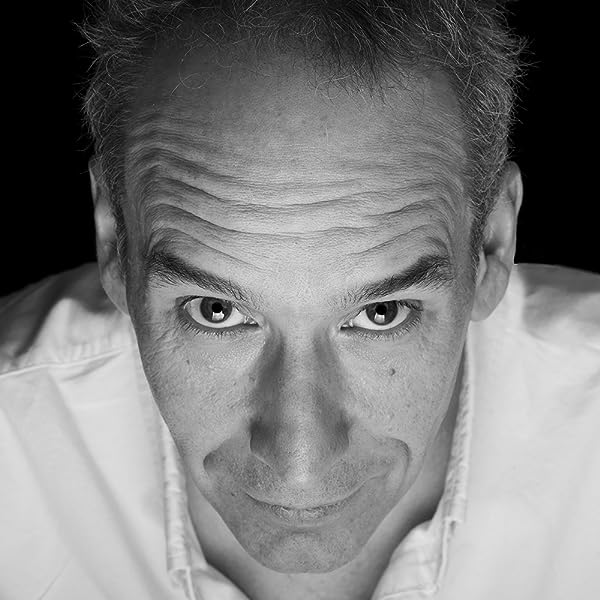 Fastest delivery: Tomorrow
Order within 17 hrs 31 mins Details
FREE shipping to Pick-up Points. Details
Pick up your parcel at a time and place that suits you. How to order to an Amazon Pickup Location? Learn more
Read more Read less

The book is an extremely valuable source of inspiration about the importance of applied mathematics. (zbMATH)

Shortly after receiving his Ph.D. from the University of Brussels, Alain Goriely joined the Department of Mathematics at the University of Arizona. In 2010, he moved to the University of Oxford as the Chair of Mathematical Modelling. He is currently the Director of the Oxford Centre for Industrial and Applied Mathematics. At the scientific level, he is an applied mathematician with broad interests in mathematics, mechanics, sciences, and engineering, which led him to collaborate closely with researchers from many disciplines. His current research includes the mechanics of biological growth and its applications to plants and physiology; the modelling of new photovoltaic devices; the foundations of elasticity; the modelling of cancer; the mechanics of the human brain; and more generally the development of mathematical methods for applied sciences.

4.7 out of 5 stars
4.7 out of 5
16 customer ratings
How does Amazon calculate star ratings?
Amazon calculates a product’s star ratings based on a machine learned model instead of a raw data average. The model takes into account factors including the age of a rating, whether the ratings are from verified purchasers, and factors that establish reviewer trustworthiness.
Top reviews

Christian
5.0 out of 5 stars A humourous taste of mathematics
Reviewed in the United Kingdom on 9 March 2018
True to it's title, this introduction is very short. Nevertheless, Goriely manages to cover impressive ground in a way that's accessible and engaging, without attempting to obscure the underlying mathematics. This book is perfect for those interested in what mathematicians do, as well as for the mathematicians who inevitability struggle to explain what they do.
Read more
One person found this helpful
Helpful
Comment Report abuse

Brian Clegg
TOP 500 REVIEWER
3.0 out of 5 stars Starts well, but gets a little bogged down
Reviewed in the United Kingdom on 24 February 2018
This little book in Oxford University Press's vast, ever-expanding 'A Very Short Introduction' series starts off with a very positive note. After a quote from Groucho Marx, Alain Goriely takes us on a jovial tour of what 'applied mathematics' means. I was slightly surprised it needed such an introduction. It seems fairly obvious that it's mathematics that is, erm, applied, rather than maths for maths' sake. However, in the process Goriely gives us some of the basics involved.

After the introduction, Goriely starts with simple applications, such as working out the cooking time for a turkey, through more and more complex uses, gradually adding in more powerful mathematics. Although you don't need to know how to use the heavier duty tools, you will meet differential equations and even partial differential equations along the way. The trouble with familiar applications, of course, is that it's easy to get lost in the reality of it, which left me worrying for Goriely's health. He reckons a 5 kg turkey cooks in 2.5 hours, where Delia Smith (who surely knows better) would give it at least 4 hours. I'm with Delia on this.

There's some really good material here on the use of dimensions and scaling, but already the way the information is presented is becoming quite difficult to absorb. Not surprisingly there are equations - but they are used far too liberally, while technical terms are introduced often without explanation, or with explanations that don't really work. We move on to mathematical modelling and solving equations. Once again, simply following the argument is difficult without already having a reasonable grasp of at least A-level maths.

There are all sorts of good things covered in the book, from knot theory (and its relevance to DNA) to JPEG compression. It's just a shame that, either because the book is so short, or because the author expects too much of the reader, the information in it is not presented in a way that is particularly accessible.
Read more
3 people found this helpful
Helpful
Comment Report abuse
See all reviews from the United Kingdom

Dr. Duck
5.0 out of 5 stars A good and modern overview of the subject.
Reviewed in Canada on 1 June 2019
Verified Purchase
The author points out early on that the subject is difficult to define. Perhaps that is because it's the applications themselves which provide a circumstantial flavour to the subject: In a sense each new application modifies the meaning of applied mathematics. In any case, the author provides a number of examples of where the math is applied with how and why. Some of the more amplified examples are involved with interesting topics in current research.

Besides, who can resist a book whose chapters begin with epigraphs courtesy of the Marx Brothers' wit and wisdom.
Read more
Helpful
Sending feedback...
Thank you for your feedback.
Sorry, we failed to record your vote. Please try again
Report abuse

Consumate Consumer
3.0 out of 5 stars Not for the timid.
Reviewed in Canada on 12 March 2019
Verified Purchase
Gives many examples of what Applied Mathematics applies to - a familiarity with basic calculus is useful for a better appreciation of the examples.
Read more
Helpful
Sending feedback...
Thank you for your feedback.
Sorry, we failed to record your vote. Please try again
Report abuse

Somebody
5.0 out of 5 stars Interesting and insightful
Reviewed in the United States on 20 May 2018
Verified Purchase
A well written book full of interesting insights and humor. The authors touches on many topics relating to applied mathematics and presents them very clearly, highly recommended !!

Amazon Customer
5.0 out of 5 stars no headline
Reviewed in the United States on 22 March 2019
Verified Purchase
nothing further to add
Read more
One person found this helpful
Helpful
Sending feedback...
Thank you for your feedback.
Sorry, we failed to record your vote. Please try again
Report abuse
Load more international reviews

YuanhangZhang
5.0 out of 5 stars nice book
Reviewed in the United States on 16 May 2020
Verified Purchase
Looks nice!
Read more
Helpful
Sending feedback...
Thank you for your feedback.
Sorry, we failed to record your vote. Please try again
Report abuse