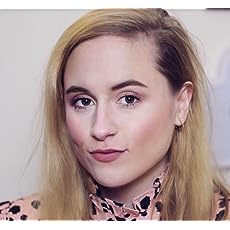 Follow to get new release updates and improved recommendations
Anna Scanlon is originally from the San Francisco Bay Area but currently resides in Milton Keynes, United Kingdom (she has previously lived in New York City, Budapest, Grenoble and Amsterdam). She holds an MA in History from the University of Amsterdam and holds a PhD in History from the University of Leicester. She lecturers and teaches on the Holocaust and art and consults with schools and theater companies who are working on Holocaust related material. She has been writing since she was a little girl, keeping diaries whilst pretending she was Laura Ingalls Wilder and writing historical fiction novels about WWII and the Oregon Trail (obviously based on the video game series!). In the third grade, she wrote an "adaptation" of her favorite film "My Girl" for her class. 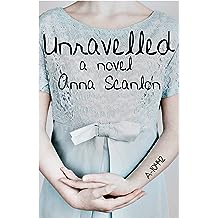 It was too much to bear. Too much to know. Too hard to swallow.

I screamed and no one heard.

Next time, will you be listening?"

Aliz and her twin sister, Hajna, are enjoying their playful, carefree and comfortable life with their parents in Szeged, Hungary just before the Nazis invade. Seemingly overnight, their lives change drastically as they are transported to the ghetto on the outskirts of the city and then to Auschwitz where they are subjected to Mengele's deadly twin experiments.

After several months of brutal torture, Aliz is liberated to find that she is the only survivor in her family.

At not even 11 years old, Aliz must make the journey to San Francisco alone, an entire world away from everything she's known, in order to live with her only known relatives whom she has never met-- a depressed aunt and teenage cousin who is more than ready to escape her mother's melancholy.

Told through the eyes of both Aliz and her cousin Isabelle, Unravelled tells a powerful story of survival, hope, family and the lives war and genocide haunt long after liberation. It is a truly moving piece of historical fiction, based heavily on historical facts.

NOTE: This is a new edition featuring further edits and a historical note.
Read more
Other Formats: Paperback 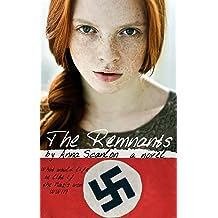 The Remnants: Book One 03-Mar-2015
by Anna Scanlon
( 31 )
£3.25
Germany has defeated the Allies, won WWII in Europe and cleansed the territory of undesirables. Yet the war in the Far East still wages on. Welcome to the future of Germania.

16-year-old Stella Engel has lived her entire life in a sheltered, but comfortable middle class existence within the Reich where she has made lifelong friends and fostered her love of science. For most of her childhood, she has hoped to grow up to serve the Reich as a doctor. Her high achievements have earned her a place at the annual Eugenics Competition, where only the best and brightest students in science are invited to compete, securing their future in a high ranking medical school. However, her trip is marred when her best friend Pia, and Pia's entire family, suddenly go missing. After searching for her friend to no avail, something even stranger happens: the Eugenics Competition is interrupted by the mass arrest of all of the contestants. They are now under suspicion of carrying "dirty" genes, or the genes of those the Reich has convinced the public have long been eradicated. Stella's mother helps her manage to flee from the SS temporarily, where Stella learns that nothing in the Reich is as it seems; and that includes Stella herself. 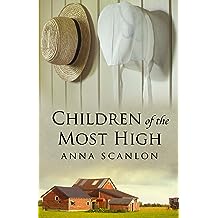 Children of the Most High: A Fictional Story of Amish Abuse 29-May-2014
by Anna Scanlon
( 12 )
£4.27 £7.43
Sixteen-year-old Rebecca Graber has lived in the safety of her close-knit conservative Amish community in Ohio her entire life. She has been dating Zeke Stolzfus, the Bishop's son, since her first singing and anticipates the day when the two will marry. Rebecca's life changes overnight when Zeke, the boy she loves and trusts, forcibly takes her virginity. Taught to "turn the other cheek" like Jesus would have done, Rebecca's religion requires her to forgive Zeke and put the rape in the past. Family relationships and community ties are put to the test in the wake of Rebecca's trauma. Feeling abandoned by her religion's minimization of the assault, she embarks on a journey where she discovers the answers in the most unlikely of places. This powerful Amish fiction novel examines what forgiveness truly means.
Read more
Other Formats: Kindle Edition , Paperback