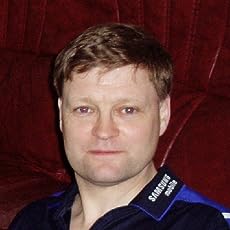 Follow to get new release updates and improved recommendations
Andrew Richardson lives in north Wales, with his wife, a rescue cat and a tank of tropical fish. He is in Snowdonia National Park whose regal solitude provides a clear mind for working out plot difficulties and story ideas.

Most of Andrew's work falls squarely into the horror or historical fantasy/horror genres, but he also writes some erotica so his characters can have some fun for a change instead of being scared out of their wits. He has a deep dislike of laptops, so adopts the old and quaint approach of typing with a desktop, which at least has a screen big enough to avoid the need to squint.

Andrew has a background in archaeology and has worked on sites in England, Scotland and Wales. It's not really a surprise that much of his work reflects this interest and experience. 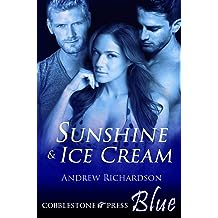 Sunshine & Ice Cream 06-May-2019
by Andrew Richardson
£0.99
On a hot summer’s day Kerry-Jane is walking home through the park, and dares herself to strip to her pretty underwear to sunbathe in a secluded area. She flirts with two hunks working in the quiet place, and teases them by telling them her plans.

When the men call her bluff and tell her they’ll look after her while she relaxes, Kerry-Jane has to ask herself if she has the nerve to undress. If she does go through with it will she decide to encourage the hunks’ interest and take things to the next level?
Read more 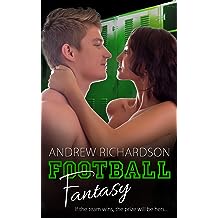 Football Fantasy 06-May-2019
by Andrew Richardson
£0.99
Pretty temp Kerry-Jane enjoys working part-time in the Football Club's ticket office. She's met—and flirted with—some of the team, and her fantasy is to join them in their bath. One sexy star player has caught her eye, and when he jokingly invites her to join them for a steamy after-game bath, she blurts out a challenge. If they win the championship, she'll accept his invitation. It'll never happen, though. The team is too far behind. But unlikely events conspire to hand Poldenham the league win, and Kerry-Jane has to decide if she's brave enough to claim her ultimate fantasy.
Read more 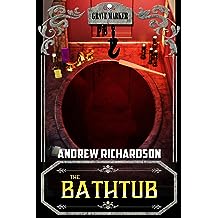 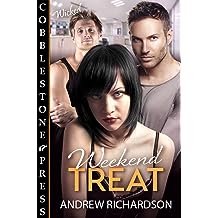 Weekend Treat 20-Mar-2017
by Andrew Richardson
£2.41
Rachel McKenzie has to give up another Saturday morning to her job. Lucky for her, two handsome plumbers have to work through the weekend too. Egged on by a dare from her colleagues, Rachel dresses sexy and flirts with the men while they work in her office. The plumbers are eager to return her attention, but can Rachel handle taking things to the next level?
Read more 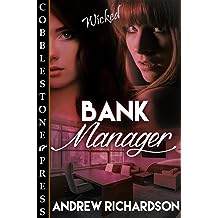 Bank Manager 17-Mar-2016
by Andrew Richardson
£2.08
Kerry-Jane needs a car, but her nerves on edge as she waits to meet the bank manager for a loan. She is put at ease when she meets the pretty blonde manager named Dawn. Both women are eager to flirt, but how far will Kerry-Jane go to lower her interest rate?
Read more 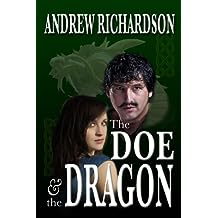 The Doe and the Dragon 01-May-2011
by Andrew Richardson
( 1 )
£0.99
Prince Einion, The Impetuous Warlord of Gwynedd, boasts that he fears nothing. Deep inside, though, he is terrified of beautiful women and would rather face a hundred Saxon warriors than have to approach a pretty maiden.

Breena, a settler-girl, captures Einion’s heart when he comes across her in an enchanted valley. His tongue dries and ties itself in knots, rendering him incapable of speech. She runs away, fearing he is a spirit form the Otherworld --but the smitten prince vows to woo her.

When Breena is captured by Einion’s enemy, the prince must overcome sadistic raiders, religious intolerance, and an ancient, violent evil in his attempt to rescue her. Only then can he try to win what he most desires-- the stunning woman who terrifies him more than any enemy he has faced on the battlefield.