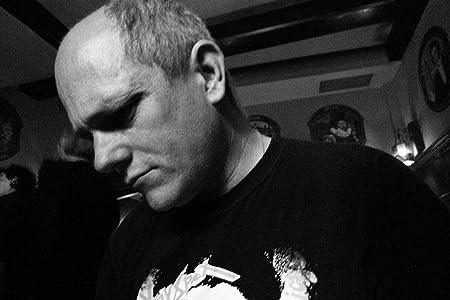 Andrew Hook is an established writer with over 160 separate short story sales and several books in print. He has been a British Fantasy Award finalist, an award-winning editor, and a radio presenter. In addition to his crime novels his most recent books are Frequencies of Existence, a collection of SF stories, published by NewCon Press, and O For Obscurity, Or, The Story Of N, a biography of the Mysterious N Senada, written in collaboration with the avant-garde San Francisco art collective known as The Residents. 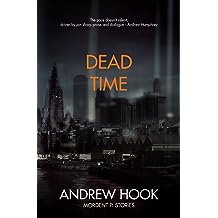 Dead Time: Mordent PI Short Stories (Mordent PI (Crime)) 16-Oct-2021
by Andrew Hook
£1.99
Mordent is an irascible, anachronistic ex-cop turned PI who views the world through noir-tinted glasses. These nine stories are perfect accompaniments to the crime novels but also entertaining modern noir tales in their own right. Whether the reader is familiar with Mordent and seeking to understand his backstory or is coming to this singular detective for the first time, this collection is essential reading for lovers of crime fiction.

Discover Mordent’s first bubblewrap love, how his relationship with Kovacs was forged, what the ingredients are for mobster thermidor, and how Francesca Albright rose to fame. Each of these nine stories puts a neo-noir twist on the genre conventions of bums and dames, corruption and perversion, and cops and informers; all played out on rain-soaked streets amid a shadow-filled city.
Read more 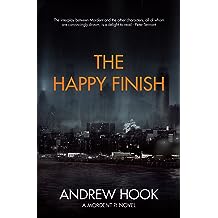 The Happy Finish: A Mordent PI Novel (Mordent PI (Crime) Book 4) 16-Oct-2021
by Andrew Hook
£1.99
Ex-cop, Mordent, is an irascible, anachronistic PI with a noir sensibility and a bubblewrap fetish. When he is contacted by Benedict Holmsworth to investigate the death of a family member – seemingly of natural causes – he is drawn into the world of The Fear Institute, an organization that seeks to eliminate terror through exposing its clients to it.

Meanwhile, Mordent’s past has begun to catch up with him. Not only are murders involving bubblewrap stacking up and suggesting his involvement, but he receives a communication from a mysterious woman claiming to be his daughter. To solve the case Mordent is forced to re-examine previous relationships and deal with some uncomfortable truths, in a trail which takes him from the graveyard to taxidermy and back again. But who can you trust when there’s so much to fear?

The Happy Finish is the final book in a series of exciting novels putting a neo-noir twist on the crime novel in addition to a healthy dose of black humour.
Read more 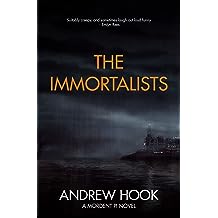 The Immortalists: A Mordent PI Novel (Mordent PI (Crime) Book 1) 16-Oct-2021
by Andrew Hook
( 1 )
£1.99
When ex-cop turned PI, Mordent, is hired to investigate a missing person case he sees the job as an easy paycheck. When the boy, Patrick, turns up dead Mordent thinks his search has come to an end, but the mystery is only just beginning. Patrick’s mother claims the corpse has aged beyond his death.

When a second body appears similarly aged Mordent gets pulled into rival gang leaders’ quests for immortality, a race where the objective is not to finish. And it becomes personal when Marina, a psychic, disappears after she has tipped off the police about the whereabouts of the second body. Mordent had unfinished business with her…

The Immortalists is the first of a series to feature Mordent; an irascible, anachronistic PI with a noir sensibility and bubblewrap fetish.
Read more 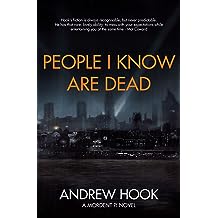 People I Know Are Dead: A Mordent PI Novel (Mordent PI (Crime) Book 3) 16-Oct-2021
by Andrew Hook
£1.99
When ex-cop turned PI, Mordent, is contracted for a surveillance operation he soon becomes suspicious as to his employer’s intentions. Who is the man in the apartment block opposite, and what is the nature of his relationship with the woman next door? Whilst Mordent puzzles over the pieces, he has time to remember people he has known who have died.

Could it be that everything is interconnected?
Read more 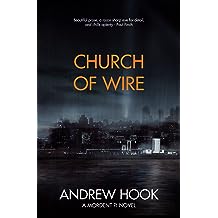 Church of Wire: A Mordent PI Novel (Mordent PI (Crime) Book 2) 16-Oct-2021
by Andrew Hook
£1.99
Ex-cop, Mordent, is an irascible, anachronistic PI with a noir sensibility and a bubblewrap fetish. Hired by the enigmatic Isabelle Silk to unearth dirt on a business associate, he becomes involved with Jessica – a floozy with a fake Southern Belle accent – and hunts the Residue Killer: a twisted individual intent on despatching survivors of previous serial killer attacks.

All the trails lead to the Church of Wire. Yet does this surrealist religious sect really lie at the heart of the killings?

Church of Wire is the second in a series of exciting crime novels putting a neo-noir twist on the genre conventions of bums and dames, corruption and perversion, and cops and informers; all played out on rain-soaked streets amid a shadow-filled city.
Read more 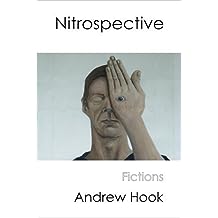 Nitrospective 04-Nov-2015
by Andrew Hook
( 1 )
£4.99 £12.99
Japanese school children grow giant frogs, a superhero grapples with her secret identity, onions foretell global disasters and an undercover agent is ambivalent as to which side he works for and why. Relationships form and crumble with the slightest of nudges. World catastrophe is imminent; alien invasion blase. These twenty slipstream stories from acclaimed author Andrew Hook examine identity and our fragile existence, skid skewed realities and scratch the surface of our world, revealing another—not altogether dissimilar—layer beneath. Nitrospective is Andrew Hook's fourth collection of short fiction.
Read more
Other Formats: Paperback 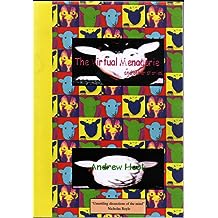 The Virtual Menagerie 04-Jun-2014
by Andrew Hook
£2.14
In this collection of 19 surreal stories Andrew Hook rides the slipstream through a series of fantastic yet familiar scenarios which, despite their peculiarities, are often only one step removed from reality. Weaving life into death and death into life he skates the twilight zone of our imaginations. His skewed images are both disturbing and vibrant: a daffodil is inserted into an open wound, a giant beaver rampages through a small town, a boy's coming of age is reflected through schlock horror vignettes, and the planet's Eco-system is downloaded on computer disk.

In 2003 The Virtual Menagerie was short-listed for a British Fantasy Society Award for best collection, alongside works by Steven King, Ursula Le Guin, Clark Ashton Smith, and Ramsey Campbell (who claimed the award).

"The best stories here are among the finest that the independent press has to offer." Pete Tennant, The Third Alternative

"A strong collection." Time Out 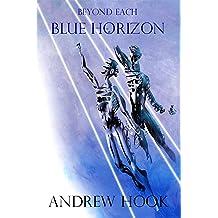 Beyond Each Blue Horizon 04-Jun-2014
by Andrew Hook, Sean Wright, Joel Lane
( 1 )
£2.14
Beyond Each Blue Horizon is a wonderfully rich collection of stories by British Fantasy Award nominee, Andrew Hook. Equally at home with writing speculative or straight fiction, Andrew refuses to be stymied or compartmentalised by marketplace considerations, believing that to write the story as it comes is a much more honest way to write. His honesty of style shines through in this fabulous collection of 21 stories.

In Beyond Each Blue Horizon, Hook proves himself a master of slipstream. His stories range from the darkly apocalyptic to the hopefully visionary, some brilliant and none less than satisfactory." Dru Pagliassotti, The Harrow

"An honest, intense, immensely readable feast of good writing and startlingly original ideas and vivid characterisations that will stay with the reader for a long time after the book is closed. I tried to read it slowly, I couldn't. It pulled me in, intrigued me and wouldn't let go until I reached the last page." Terry Gates-Grimwood, Whispers of Wickedness

"The best way to read it is to treat yourself to at most one story a day, with other reading in between to resensitise your imagination for the broiling Hook is going to give you afresh each time." Djibril, The Future Fire 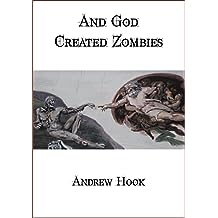 And God Created Zombies 14-Oct-2012
by Andrew Hook, Sarah Pinborough
£2.99
John Baker’s life keeps going from bad to worse. Against a background of global recession and financial meltdown, first he loses his job and then he loses his girlfriend…

Oh, and then, of course, there are the zombies…

"There are some beautifully described moments of slick gore that left me cringing... This is natural and real, which really helps bring the piece to life and helps those shivers trickle down your spine." – Sarah Pinborough

“A work that addresses metaphysical and philosophical concerns… Hook has a lot of fun with the idea of the zombie apocalypse, low key at first but escalating to a crescendo courtesy of hordes of the living dead.” – Peter Tennant, Black Static.