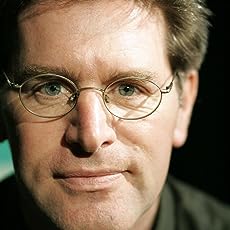 Follow to get new release updates and improved recommendations
Andrew Crumey has a PhD in theoretical physics and is former literary editor of Scotland on Sunday. His novels combine history, philosophy, science and humour, and have been translated into fourteen languages. His latest book is The Great Chain of Unbeing. 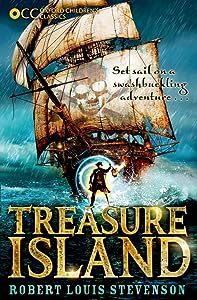 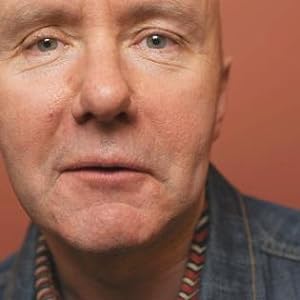 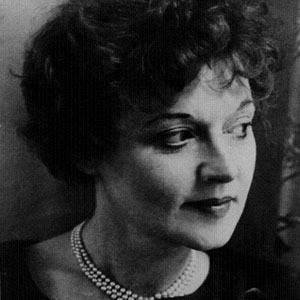 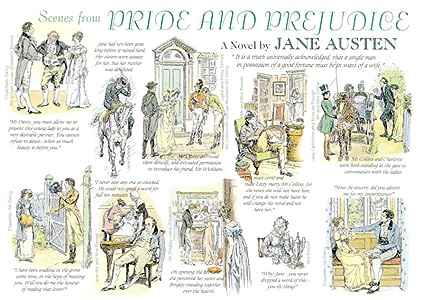 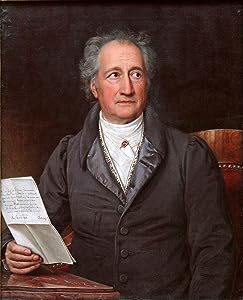 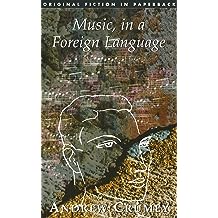 Music, in a Foreign Language (Original Fiction In Paperback Book 0) 19-Nov-2012
by Andrew Crumey
( 1 )
£7.59 £7.99
Britain with the same post-war history as East Europe battling against a totalitarian regime. "The strikingly inventive structure of this novel allows the author to explore the similarities between fictions and history. At any point, there are infinite possibilities for the way the story, a life, or the history of the world might progress. The whole work is enjoyably unpredictable, and poses profound questions about the issues of motivation, choice and morality." The Sunday Times Music, in a Foreign Language won The Saltire Best First Book Award and launched the literary career of one of the UK's cleverest and most original post-modern novelists.
Read more
Other Formats: Hardcover , Paperback 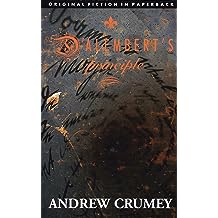 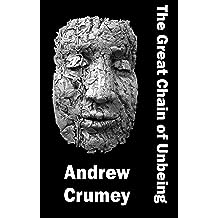 The Great Chain of Unbeing (Dedalus Original Fiction In Paperback Book 0) 08-Mar-2018
by Andrew Crumey
£9.49 £9.99
Andrew Crumey’s novels are renowned for their unique blend of science, history, philosophy and humour. Now he brings the same insight and originality to this story cycle whose title offers an ironic twist on the ancient doctrine of connectedness, the great chain of being. Here we find a blind man contemplating the light of an atom bomb, a musician disturbed by a conspiracy of radio waves, a visitor to Moscow caught up in a comic case of mistaken identity, a woman on a Greek island trying to become a different person. We range across time, from the Renaissance to a globally-warmed future, across light-years in search of hallucinogenic space-plankton, and into magical worlds of talking insects and bottled fire. Fans of Crumey’s acclaimed novels will occasionally spot hints of themes and figures that have recurred throughout his fiction; readers new to his work will delight in finding subtle links within the pieces. Are they all part of some larger untold story? We have nothing to lose but the chains of our imagination: what lies beyond is a great change of being.
Read more
Other Formats: Paperback 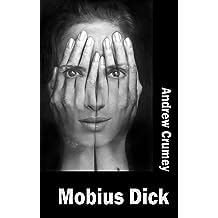 Mobius Dick (Dedalus Original Fiction in Paperback) 03-Dec-2014
by Andrew Crumey
( 20 )
£9.49 £9.99
Mobius Dick is a dazzlingly inventive story that blends techno -thriller, historical fantasy, philosophy and farce, with a cast of characters that includes composers. scientists, geniuses and madmen. Beneath its gripping plot Mobius Dick traces the history of an idea. Just how real is reality? ' as fiction it is sold plutonium, and unflaggingly enjoyable' The Sunday Times 'I have a weakness for Andrew Crumey's novels. I call it a weakness because I've noticed that, when reading them in waiting rooms or on trains, people look up angrily whenever I laugh. There's much to laugh at in Mobius Dick. Like a magical conjuror, Crumey keeps all manner of subjects - chaos and coincidence, quantum mechanics, psychoanalysis, technology, telepathy and much else - whirling amazingly in the air.' Michael Holroyd in The New Statesmen's Books of the Year 'In Mobius Dick, the narrative becomes a series of coincidences that we interpret as we wish, and all things are real only insofar as we want to see them that way. Under the skin of this teasing lurks a concern for the reputation of artists, and the role of chance in building the career of great musicians and writers. If Brahms had been ugly, would he have stayed playing the piano in a brothel? If Buddenbrooks had sold poorly, would Thomas Mann ever have been heard of at all? Andrew Crumey's work has been highly praised and not widely enough read for too long. In all the possible futures that exist for this intelligent, witty and accomplished writer, a wider readership should be more than just a matter of chance.' James Wood in The London Magazine
Read more
Other Formats: Kindle Edition , Hardcover , Paperback 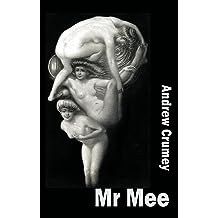 Mr Mee (Dedalus Original Fiction in Paperback) 03-Dec-2014
by Andrew Crumey
( 3 )
£9.49 £9.99
Enriching, enlightening, and highly entertaining.' The Boston Globe 'An intellectual romp . . . Crumey has spun a delightful brain-tickler of a novel that undermines its own pretensions, a subversion that is in fact at the heart of the book's very real debate over the power of literature to redeem or corrupt or do anything at all.' Maureen Shelly in Time Out 'Crumey tells [his] tale with elegance and humor, and in rich detail. His immense talent reveals itself most potently in his ability to find remarkable connections in otherwise disparate intellectual concepts conceived over the course of several centuries, and then to turn those connections into a coherent and lively story . . . The many surprises and twists [in this book] provide a rare and spectacular reading experience . . . Mr. Mee is a challenging book, but it's one to savour.' Andrew C. Ervin in The Washington Post Book World 'Like a trompe l'oeil painting, or a puzzle that invites us to draw at least two contradictory, yet equally plausible conclusions, Mr. Mee disturbs as it diverts, charms as it challenges.' The Washington Times 'In short-it's fabulous. This is a novel which deserves to break its author through, if ever I read one... Mr Mee had me helpless with laughter.'Jonathan Coe 'Mr Mee is not only an intellectual treat but a moving meditation on aspiration and desire. Hilary Mantel in New York Times
Read more
Other Formats: Kindle Edition , Hardcover , Paperback 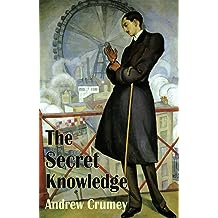 The Secret Knowledge (Dedalus Original Fiction in Paperback) 03-Dec-2014
by Andrew Crumey
( 5 )
£7.05 £9.99
'A mystery tale that leaps between a washed-up pianist in London and assorted European intellectual heavyweights, with a pioneering socialist and a clandestine head of esoteric initiates in its background, Andrew Crumey's seventh novel finds the author up to his old tricks. Crumey begins his story in Paris in 1913, a date perhaps chosen for its significance both to modern music (the premiere of The Rite of Spring) and quantum theory (the Bohr model of the atom). A young composer at a peak moment - out at a fair with his fiancee on his arm and his first major work locked away back home - suddenly vanishes, only to pop up again six years later as a political agitator in Scotland. As Crumey's readers will immediately recognize, we have entered one of his mirrored boxes of many worlds. Pierre Klauer, a Schrodinger's cat writ large, is simultaneously dead in Paris and alive on Clydeside.' Paul Griffiths in The Times Literary Supplement '... one of the most interesting books I've read this year. I recommend it, as a head-turning sort of philosophical fiction that's rarely done, and even more rarely done so well.' John Self in Asylum
Read more
Other Formats: Kindle Edition , Paperback 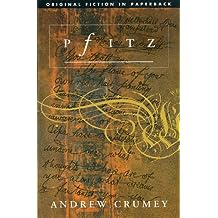 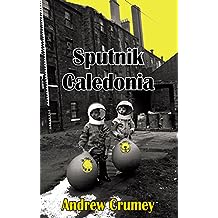 Sputnik Caledonia 28-Nov-2016
by Andrew Crumey
( 2 )
£7.59 £9.99
Sputnik Caledonia was awarded the prestigious Northern Rock Foundation Writer's Award and was shortlisted for The James Tait Black Prize and The Scottish Book of the Year Award. Robbie Coyle is an imaginative kid. He wants so badly to become Scotland's first cosmonaut that he tries to teach himself Russian and trains for space exploration in the cupboard under the sink. But the places to which his fantasies later take him are far from the safety of his suburban childhood. In a communist state, in a closed bleak town, the mysterious Red Star heralds his discovery of cruelty, love, and the possibility that the most passionate of dreams may only be a chimera... "An ingenious blend of philosophy, physics and fantasy...immensely stimulating and entertaining." -- Sunday Telegraph "Crumey writes brilliantly about being a boy...A brio of a book." -- Diana Hendry, The Spectator "...a surprisingly moving novel about impersonal forces that can threaten the bonds of love. Never has astrophysics seemed so touching and funny." -- Sinclair McKay, The Daily Telegraph
Read more
Other Formats: Kindle Edition , Hardcover , Paperback