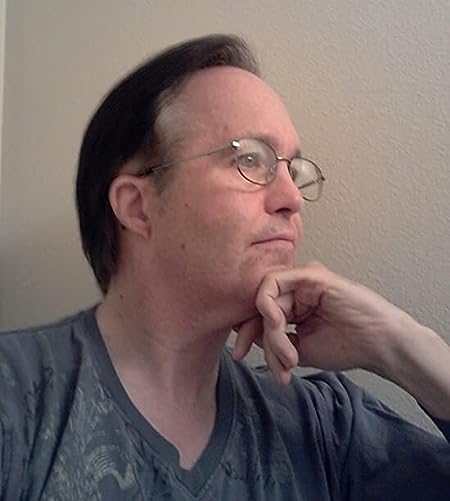 I was born and raised on Long Island New York. Always a dreamer I fell in love with Fantasy, Sci-Fi, and Horror shows and movies. Some of my favorite all time TV shows that I still watch are the original Dark Shadows, the original Twilight Zone series, Doctor Who, The Outer Limits (original) etc.

I came to California in the mid 1980's where I fell in with a great crowd of Doctor Who fans who introduced me to other science fiction clubs and conventions. It was here that I met my wife and future co-author Helen. Together, we began attending sci-fi conventions and learned a great deal from authors, actors, and those folks in the special effects departments. All these experiences helped fire my imagination and I began writing short fan-fic stories for the club newsletters.

Soon I realized my writing efforts had taken on a completely different life from the shows I had based them on. So I began taking the story lines I'd created and re-populated them with original characters and locations. The result was the Para-Earth Series a unique blend of paranormal and science fiction. But it was a project I couldn't flesh out on my own, I needed help. So I turned to my wife Helen and together we began to introduce both our characters, and the readers, to a whole new vision of the parallel world concept.

Readers will find our stories taking them on journeys from the mysterious, to the terrifying. But they will also find each story contains a lot of heartfelt and often amusing moments along the way, before racing to an exhilarating and climactic finale. In short, we try to keep each story fascinating and entertaining.

To date we've produced three novels and one anthology, with more coming.

So pull up a chair and sit back as we share with you tales of ghosts, psychics, and mysterious beings unlike anything you've ever read before. 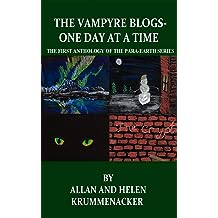 What otherworldly threats has the Professor dealt with? How did Nathan’s altered self affect his service in the Civil War? What other mysteries linger on Nathan’s estate? What did a German like the Professor do during WWII? Who are some of the other people Nathan has met over his unnaturally long life? Are Nathan and the Professor the only ones who’ve had close encounters with Para-Earth beings?

These and more, including the return of certain characters from “The Bridge” and “The Ship” will be explored within these pages. 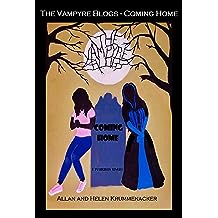 The Vampyre Blogs: Coming Home (The Para-Earth Series Book 3) 28-Oct-2016
by Allan Krummenacker, Helen Krummenacker
( 1 )
£1.99 £10.54
Ever since her father was diagnosed with cancer three years ago, 17 y. o. Marisa has had nightmares about the disease taking the form of a vampire, slowly killing him. She can no longer stand movies or books involving even ‘good guy’ vampires, much less any of the old horror movies she used to watch with him. She even stopped hanging out with her best friend Lisa who got into Goth clothing and make-up, even though Lisa has been trying to be there for her this whole time.
But all that is about to change with the arrival of young and handsome Nathan, a family friend Lisa grew up calling Uncle. Not only does his arrival set both girl’s hearts beating, but it gives them a chance to renew the friendship both have sorely missed.
However, there’s more to Nathan than Marisa realizes. Lisa knows he is a vampyre-like being, the very thing Marisa detests. Yet he may also be the only hope for Marisa’s father, as well as the entire town. For unknown to all, a truly horrific being from the Para-Earth where Nathan was originally “altered” has entered their reality. And now he is the only one who can stop it.

WELCOME TO BOOK 3 OF THE PARA-EARTH SERIES
Read more
Other Formats: Paperback 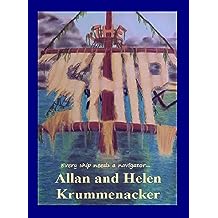 The Ship: Every ship needs a navigator... (Para-Earth Series Book 2) 02-May-2014
by Allan Krummenacker, Helen Krummenacker
( 8 )
£2.91 £12.99
What starts as a simple surfing lesson, turns into a struggle for survival for billionaire heiress Cassandra Elliott and her new love interest the Seneca shamaness Julie Cloudfoot.

Cassandra is knocked off her board by an unseen assailant that leaves a terrifying gash in her wetsuit, along with a small red mark on her leg. Soon, terrifying visions of a ghost ship begin haunting the heiress' dreams. She begins to feel strangely drawn to the sea whenever a strange fogbank appears in the distance.

Is something hiding within the miasma, and what connection does it have to the legendary "Lost Colony of Roanoke", and the tribe of Tuscarora indians, that Julie is distantly related to...
Read more
Other Formats: Paperback