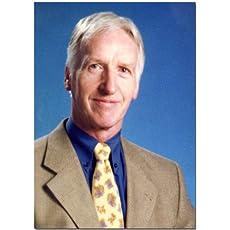 Follow to get new release updates, special offers (including promotional offers), and improved recommendations.
In 2006 my wife and I moved from Birmingham to West Dorset where I rediscovered an old pastime I enjoyed in my youth; writing. A local author, Sallyann Sheridan, soon became a close friend and when she suggested she might like to form a writers' group, we were both enthusiastic and together formed the Jurassic Coast Writers' Group; the members meet once a month with short stories, poetry and larger projects.
Sallyann enjoyed my style of writing and regularly encouraged me to write a novel. Well, they do say we all have a novel in us somewhere. So in 2011 I began writing using my knowledge of the industry that I have been involved in for more than forty years; kitchen design. Now the novel isn't about kitchens, but the character I created, Dan Hickory, is a kitchen designer and salesman who finds himself and his son in mortal danger - you'll have to read it to find out why. It's a bit slow to start, I have been told, as the story sets out the main character's lifestyle and tells a little back history.
I'm a big fan of Thrillers and Lee Child, Linwood Barclay and Gregg Hurwitz are high on my list along with Michael Connelly, Harlan Coben, John Grisham and Jeffrey Deaver. I also like dark stories and the late, great James Herbert is the top of my list together with Dean Koontz and the few, but brilliant Black Magic books from the pen of Dennis Wheatley.
So my debut novel, The Hickory Factor, written under my Pen Name; Alan Lee Ford, is a 'lightweight' thriller: not in the same league as the previous mentioned authors, but nevertheless, those who have read it have thoroughly enjoyed the story and passed on praise for the tale and my writing 'skills'. Read Joe Conlan's review on Amazon.com. There is some graphic violence and 'dangerous dogs' included and I'm pretty sure I can do better next time!
In February 2013 I released my first book of short stories: The Day Trip, Other Short Stories and Poems. These are a mix of tales and poems to keep the reader entertained for just a short period; during lunch break, coffee break; a train or bus journey. Some are funny, some are strange, some are grim, so hopefully there is something to suit all tastes. In general, they are not for children, but the book was updated in 2015 with six new stories, one of which is for younger readers.
My latest book is Part One of a long-term, mammoth project: It's All About My Parents' Son - my autobiography. I believe there is a tale to tell and each volume will have many twists and turns, shocks and exposure - I have held nothing back. Part One covers my childhood from 1947 to 1962 living in a couple of Public Houses and then my experiences at school in Birmingham. It isn't just about my family and me; there's a lot of social history and maybe some controversial comments in there.
A short extract from this book was printed in Professor Carl Chinn's BRUMMAGEM magazine, issue 149 August 2013.
Part 2, which covers the years from 1962 to 1980 is also out now. This is much bigger than Part 1 and covers another side to my character. Part 3 will be all about the darker side...
Other than writing, and using my real name, Alan Stanford, I carry out consultancy work for the kitchen industry, am an Expert Witness and represent the UK Kitchen, Bathroom and Bedroom Specialist Association, the KBSA, at the Grand Designs Live shows in London and Birmingham each year. You can find me on the Ask an Expert stand in the Grand Build section.
If you have read this biography and visit the GDL show, please introduce yourself, whether or not you need expert advice. I will be pleased to hear your comments about The Hickory Factor or any of my stories. I hope you enjoy reading them...
Read more 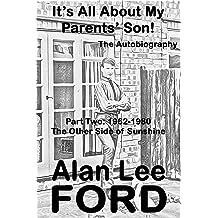 It's All About My Parents' Son: The Other Side of Sunshine (Autobiography Book 2) 20-Aug-2015
by Alan Lee Ford
( 1 )
£6.88
This is the second part of my life story. It covers the years between 1962 up to December 1980. In 1962 I left school, Birchfield Road Secondary Modern Boys, and started work as an apprentice plumber with a Birmingham company called J C Toogood Ltd. In 1967 I changed careers... you'll have to read the book to find out why and what happened. In this edition there is more sex, although not too graphic, and I have written it in the language of the day... as far as possible, so there are some profanities, sexism and... well, again you'll have to read it to find out more.
I promise you it's got some interesting events and characters, some you may know or at least have heard of.
I hope you enjoy it...
Read more 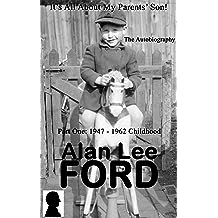 It's All About My Parents' Son: The Rise of Sunshine (Autobiography Book 1) 21-Nov-2013
by Alan Lee Ford
( 2 )
£2.99
A 'Warts and All' Autobiography, Part One of which records the first fifteen years of my life in Birmingham, England. It's honest, it's brutal at times and pulls no punches: it's full of interesting people, places and events; people, places and events that have influenced me and left long-lasting memories, some good, some not so good. It's about life without a home of our own, life in a pub and drink, life in a factory's caretakers' house and poverty. It's about life with my grandparents in their city centre flat, overlooking St. Philip's Cathedral. My trips on the... you'll have to read it to find out! My experiences at school from the day I started to the day I left. There's some people you may have heard of, some social history, some social comment, some funny, some serious, some just plain weird. It's about growing up, from being an inquisitive and naive ginger-haired kid to early puberty and self discovery. You may discover things you never knew, things you don't really want to know; you might even have been there yourself! There's violence, there's sex and if you read this, I promise Part 2 is even more shocking...
Read more 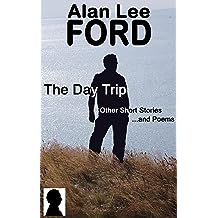 The Day Trip, Other Short Stories and Poems 19-Feb-2013
by Alan Lee Ford
( 1 )
£0.99
Short stories can fill in ten minutes on the bus or half hour in the sun without straining the mind. They are for entertainment and written for fun, by the author and, hopefully, for the reader. Here are a selection of my own short stories and a few poems thrown in - I am not a poet by any stretch of the imagination.
I jot things down for my own enjoyment and sometimes these turn into a short story, or maybe I'm inspired by a suggestion from my writers' group. Well, both are here as well as a few strange dreams and at least one true-life experience.
This book was updated with some new tales in July 2015.
I hope you enjoy them...
Read more 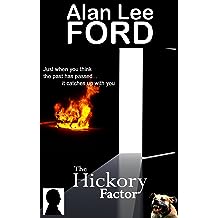 Crawling slowly through the mire it waits until the time is right then strikes, like a Viper; swift and deadly.

In 1987 a dreadful road accident causes the death of a man and his two children. Although deeply affected, the surviving driver is not held responsible, returns to normal life and pushes to the back of his mind, the events of that day.

Almost twenty years later, in an instant, his beautiful wife and daughter lose their lives in a car fire, but this time it's murder. Can the two incidents be related?

Dan Hickory, once a successful, slick, but self-centred salesman reaching his half century is currently suffering from falling sales-figures; he knows it is not the recession. Struggling to communicate with his son, coping with a mother who is slowly slipping into dementia, he finds that – often unexpectedly – the past can come back to haunt you.

Over a dull November weekend in 2011 his life changes, for the third and hopefully last time.

An astonishing debut novel that has all the elements of a best seller: suspense, mystery, love that will tear at your heart, characters you will relate to and a surprising, even shocking, ending.

If you enjoy reading the novels of Linwood Barclay and Gregg Hurwitz then you will enjoy reading this. If you are involved in the UK Kitchen Industry, as a designer for example, or live in Birmingham, West Midlands, you might like to read this book.