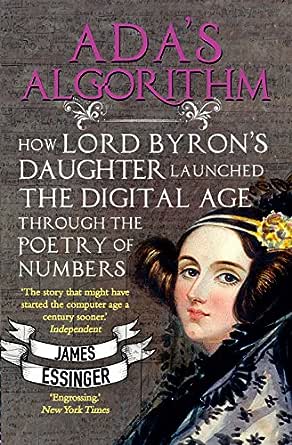 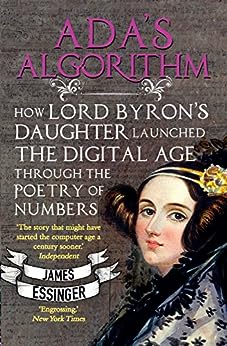 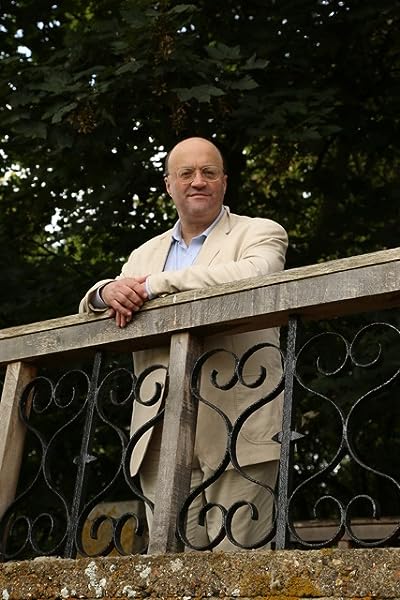 ''The story that might have started the computer age a century sooner.'' --Independent

''Anyone who thinks Lovelace s contribution to computer science is overrated, should read [this] new biography.'' --Engineering and Technology Magazine --This text refers to an out of print or unavailable edition of this title.

James Essinger studied at Lincoln College, University of Oxford. He writes about ideas that have had a seminal impact on the modern world and currently lives in Canterbury. --This text refers to an out of print or unavailable edition of this title.

3.8 out of 5 stars
3.8 out of 5
39 global ratings
How are ratings calculated?
To calculate the overall star rating and percentage breakdown by star, we don’t use a simple average. Instead, our system considers things like how recent a review is and if the reviewer bought the item on Amazon. It also analyses reviews to verify trustworthiness.
Top reviews

John Hopper
TOP 1000 REVIEWERVINE VOICE
3.0 out of 5 stars Describes a true visionary, but poorly written in many places
Reviewed in the United Kingdom on 27 February 2018
Verified Purchase
Ada Lovelace, together with Charles Babbage, were early 19th century pioneers of the ideas behind what became the computer revolution a century after they lived. The author's central thesis is that Ada's contribution was neglected at the time, and to a large extent subsequently, due to her sex. I felt he slightly spoiled his own argument during the early parts of the book by talking very little about Ada and initially focusing, inevitably, on the notorious life of her more famous father, Lord Byron. Ada is a marginal figure in the narrative here, and only when her collaboration with Babbage comes to the fore, does Ada's role become clear.

Their roles were different. Babbage had the mechanical expertise, albeit that his Analytical Engine was never completed, due to lack of funds and the effective absence of a working precision machine industry for much of his life. He also lacked the people handling skills necessary to influence the course of events in his favour; he had a disastrous meeting with Prime Minister Sir Robert Peel in 1842 which, had he succeeded in convincing the latter of the economic benefits that could accrue from his machine, could have changed the future of technology over the next century, albeit that such intriguing "what ifs" are ultimately unprovable.

Ada was the one who had the vision of what the Analytical Engine might achieve, not only in crude mechanical terms, but in terms of a conceptual leap ("he [Babbage] saw machines essentially as mechanised servants of mankind rather than as a new area of discovery with its own mysteries. His scientific imagination was ultimately more prosaic and less incandescent than hers"). Drawing on the example of what had been achieved with a portrait woven on a French loom using a system of cards to control the threads, Ada conceptualised a clear distinction between data (the pattern of the woven portrait) and processing (how the principles behind the application of the cards could be replicated for other forms of information). In the author's words this is "a distinction we tend to take for granted today, but which – like so much of her thinking about computers – was in her own day not only revolutionary but truly visionary". She was effectively inventing the "science of operations", or what we would now call computing, a system that could be applied to any process involving the manipulation of information.

For all her vision, Ada Lovelace still struggled to be taken entirely seriously by her contemporaries, even by Babbage. Sadly, she had very little time to make further efforts in this regard, tragically dying of uterine cancer at the age of just 36 after two years of suffering and pain. Her doctors despaired of being able to do anything to relieve her condition, one offering the truly bleak prognosis that "The duty of the physician is thus a very sad one; as the highest success which he can hope to attain is to secure not recovery, but euthanasia".

As I said earlier, I thought the author initially failed to make the case for Ada Lovelace's significance, though this improved during the narrative. But the book did contain quite a number of typos and mistakes, including one bizarre one where Ada is described as paying a visit to Walter Scott in 1850 - 18 years after his death. Overall, not as good a read as it might have been.
Read more
2 people found this helpful
Helpful
Comment Report abuse

Susie Bookworm
4.0 out of 5 stars A good read.
Reviewed in the United Kingdom on 3 July 2016
Verified Purchase
A good read. The writer makes you feel sympathy for Ada Lovelace, she comes over as a lively, intelligent but also very nice person, much nicer than either of her parents! She did not have an easy childhood, inspite of coming from a privilaged class. Some reviewers have criticized the scientific content but I can't comment on that, as I read it as a biography of somebody who intrigued me, after watching a programme about her on BBC TV. I've also read a lot about her father, Lord Byron, so was interested in her as his daughter. I found Essinger's writing kept my interest, although some of his sentences seemed a bit oddly phrased. I would have given it five stars, if it were not for the bad editing throughout. I got it on kindle some time ago, when it was temporarily reduced in price. I would not care to pay the current price, if the editing has not been improved.
Read more
2 people found this helpful
Helpful
Comment Report abuse

Nettleham
5.0 out of 5 stars I enjoyed this
Reviewed in the United Kingdom on 9 September 2018
Verified Purchase
Not everyone's cup of tea. A fairly long-winded but clearly written account of the relationship between Babbage , who effectively invented a computer, and Ada Lovelace, whom he regarded as his unpaid assistant, but who realised the implications of what he had done when he did not. He could see is value in solving maths problems; she understood its much wider possible use. Had Sir Robert Peel understood its importance and granted the funds, history would no doubt have been totally different.
Read more
Helpful
Comment Report abuse

A Reader
4.0 out of 5 stars Enjoyable biography
Reviewed in the United Kingdom on 25 February 2019
Verified Purchase
Enjoyable biography of an interesting woman ahead of her time
Read more
Helpful
Comment Report abuse

Amazon Customer
5.0 out of 5 stars Ada’s talent shines
Reviewed in the United Kingdom on 30 May 2018
Verified Purchase
A well written summary of Ada’s life including key personalities that surrounded her. Her vision and intelligence shines though! So sad that Victorian Britain did not allow such a powerful woman to achieve her potential.
Read more
Helpful
Comment Report abuse

MRS P BRADNUM
3.0 out of 5 stars interesting woman, shame about the style
Reviewed in the United Kingdom on 31 March 2014
Verified Purchase
I'm afraid I had to give up about halfway through, which I rarely do.
It was an interesting subject, and I had wanted to learn more about Ada Lovelace, but found the book rather poorly written, with a somewhat irritating style. I may try and take it up again, but can only manage it in small doses!
Read more
4 people found this helpful
Helpful
Comment Report abuse